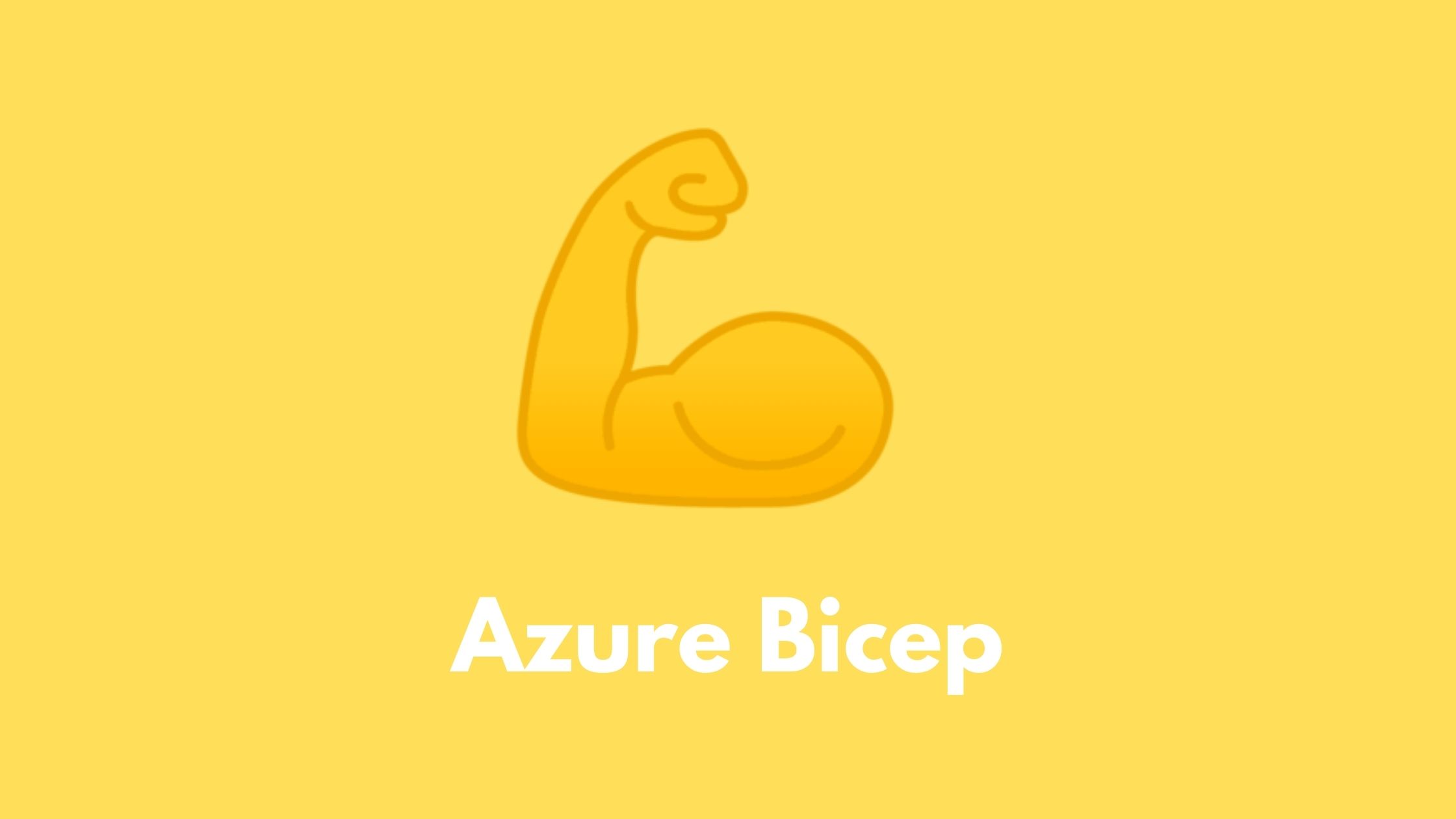 I have always been a huge fan of Infrastructure-as-code (Iaac), it allows you to describe your infrastructure in a declarative way, store it in version control and modify in a controlled manner. This approach tries to eliminate human error, increases your efficiency in deploying and maintaining your resources, you can deploy complete datacenters in a matter of minutes be deploying a template file instead of spending hours/days clicking through the portal.

The real power of Iaac is that it uses a declarative syntax to define resources instead of using an imperative one. To explain the difference between them, i like to use a pizza analogy.

Imagine that you are craving eating a pizza, you have two options:

Azure implements this concept in its management layer through Azure resource manager (or simply ARM), which is a REST api that acts as your front-door to Azure resources. You usually interact with Azure through either the portal, PowerShell, Azure CLI or other APIs, what happens is that all requests are sent to the Azure resource manager to be authenticated and authorized and then sent to the appropriate Azure service provider whether it’s compute, storage, networking, or others.

Azure resource manager allows you Manage your infrastructure through declarative JSON templates which makes it easier (not 100% accurate) to describe and deploy resources.

Before explaining the challenges with ARM, let’s talk a look at what an ARM template that builds a virtual machine looks like.

A picture is worth a thousand words

Although VSCode makes the authoring process of ARM templates easier and you can simply export a template from the Azure portal directly, the above example shows that it’s still not that easy to author and difficult to read especially in complex architectures.

Azure Bicep to the rescue

Bicep is currently an experimental declarative language that acts as an abstraction for ARM, it’s much easier to read and author and anything that can be done in ARM can be done in Bicep.

You would describe your infrastructure in Bicep language and then compile it to an ARM template, the significance of this is:

First things first, we need to install the Bicep tools:

Next, we are going to use Bicep to build a simple Azure web app and a service plan.

We will define parameters for the resources’ location, a prefix for our web app, the service plan Sku and capacity.

Next , we add our two resources which are the app service plan and web app. You can see how easy it is to define a resource, where we are directly calling the resource api to get its attributes and the VSCode makes things easier by providing intellisense.

One last a cool feature of Bicep is the ability to bind to previously declared resources properties. In this case i want to output the URL of the web app that will be created.

Finally, let’s compile this good-looking file into an ARM template and see how the Bicep and the ARM versions of this template compare.

You can see on the left the bicep file we just authored and, on the right, the generated ARM template.

Then we can simply use PowerShell or CLI to deploy this generated ARM template to a resource group. You can see at the end the URL of the created web app is displayed as well as we defined in out Bicep file.

And here is our app up and running.

Although Bicep is still experimental and you should not use it in production, it’s very tempting to play with and it shows tremendous potential to simplify how we approach Iaac on Azure. It’s human-readable syntax, zero-day support for Azure resources accompanied with the power of VSCode promises to deliver big time.

What we will do is as follows: Create an Azure function that will …

The change to how we work Over the past few months, the way we work …